Aikido Center of Manasquan's instructors are highly-trained, experienced and dedicated to the success and advancement of traditional Aikido as handed down by the Founder of Aikido, affectionately known as O Sensei (Great Teacher). 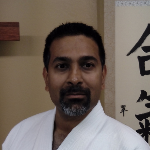 Kit started his Aikido journey in 1994 when he saw his first class and signed up on the spot. He is currently ranked as Sandan (3rd degree black belt). He is a staff instructor for Defensive Tactics for Professionals. In addition to Aikido, his other pursuits include Wing Chun Kung Fu, Iaido (Muso Shinden -ryu), and Yoga. Kit is a Senior Manager and Business Partner for an international communications service provider.

Jim is a Nidan (2nd degree black belt) with Aikido Centers of Manasquan.  He has been training for over 18 years and is an instructor with the children's program as well as an assistant instructor in the adult program. Prior to the Aikido Center in Manasquan , Jim studied Nihon Goshin Aikido with Richard Bowe in Guttenberg, NJ. Jim also studied Tae Kwon Do.
He currently works in NYC as an account executive within the garment industry. 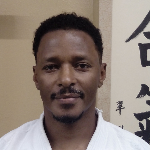 Jonathan is a Nidan (2nd degree black belt) with Aikido Center of Manasquan. He has been training there for over 20 years and is an assistant instructor in the adult program as well as a student in the Iaido  (Muso Shinden -ryu) program. Prior to Aikido Center of Manasquan, Jonathan studied Hapkido, Tai Chi, and Aiki Jujutsu.  Jonathan is married with two teenage young men and is a Team Leader of Solution Consultants for a Supply Chain Planning software company. 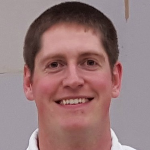 Paul started Aikido as part of the inaugural children’s class at Aikido Center of Manasquan (formerly Brielle) in 1999 when he was 11 years old.  After excelling in the children’s program he quickly transitioned to the Adult program.  He currently holds the rank of Sandan (3rd degree black belt) and has trained extensively under Sensei Tim Vazquez and Greg O’Connor.  Aside from regular training, Paul has had the opportunity to train with high ranking instructors throughout the world, as well as train internationally.  Paul remains actively involved in the children’s program at Aikido Center of Manasquan, teaching twice a week, and also teaches teen and adult beginner classes during the week. Paul graduated from Rutgers, The State University as a Chemical Engineer. He presently works for a major international cooperation as a Senior Process Engineer. 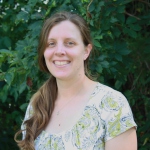 Kira Lang has been training in aikido since 2011 and is presently our L.E.A.D Training coordinator. She was instantly drawn to the non-conflict resolution approach to self defense. It is her dream to inspire more women and girls to take an interest in Aikido and self defense in general. Her vision is for women of all ages to become aware of the mental and physical power they possess within themselves, and harness that power to be confident in everyday life. Kira is an Office Administrator for Envirotactics, she is confident her lessons in Aikido has supplemented her advancement in the environmental industry. Kira has succesfully coordinated several woman self defense programs and has inspired many woman to continue their practice.